Scompiglio is a garden in which nature, always in motion, develops in dialogue with human beings and with their needs and their longings, both physical and spiritual. A place where one can be nourished by beauty and content, to breathe, play, move, rest and even make mistakes.

In this garden, in a continuum, cultivation and culture - by giving and taking, by feeling and acting - constitute a single organism in which each part has no meaning without the others.

Just as for the human being.

The main nucleus of the Tenuta dello Scompiglio is an area of 50 hectares. Situated in the Vorno hills, it includes a centuries-old park with a villa that blends into a vast landscaped area creating a single large garden to the edge of the woods, agricultural areas and some restored farmhouses, which at present host artists-in-residence and collaborators.

Among the buildings dedicated to the Dello Scompiglio activities, refurbished according to the techniques of bioarchitecture, energy saving and environmental sustainability, are the Performance and Exhibition Space (SPE - Spazio Performatico ed Espositivo), the Cucina Dello Scompiglio restaurant and the Square House. The latter houses the offices of the cultural association ('Associazione Culturale Dello Scompiglio) and the agricultural, land and forest management (Azienda Agricola), the spaces for preparing and conserving fruit and vegetable products, the wine cellar and a room for Feldenkrais® Method classes.

For centuries, the estate had been a self-sufficient farm, cultivating mainly olives, vines and fruit. Then, over several decades, it was abandoned and nature regained the upper hand, covering the surfaces with brambles and pines. The human imprint influences and structures nature, which, when left to itself, conquers its dominion in a disorderly way. Once the human being has interfered in an ecosystem, it cannot regain its independence. For this reason, the Dello Scompiglio Project set about re-establishing a dialogue both with the present environment, with all its natural and architectural elements, and with its history, seeking contemporary forms of interaction and responsibility. It is a relationship of interdependence, exchange and symbiosis, rather than exploitation: an interaction between various organisms. The human being, with its own organism, consisting of corporeality and senses, experiences and longings, shares with other human beings the organism of the space which feeds, warms and comforts him. Dialogue and activities with the land, the woods, the wildlife, the architectural elements, the visual and performance arts in outside and inside spaces contribute to the cultural research.
Cecilia Bertoni 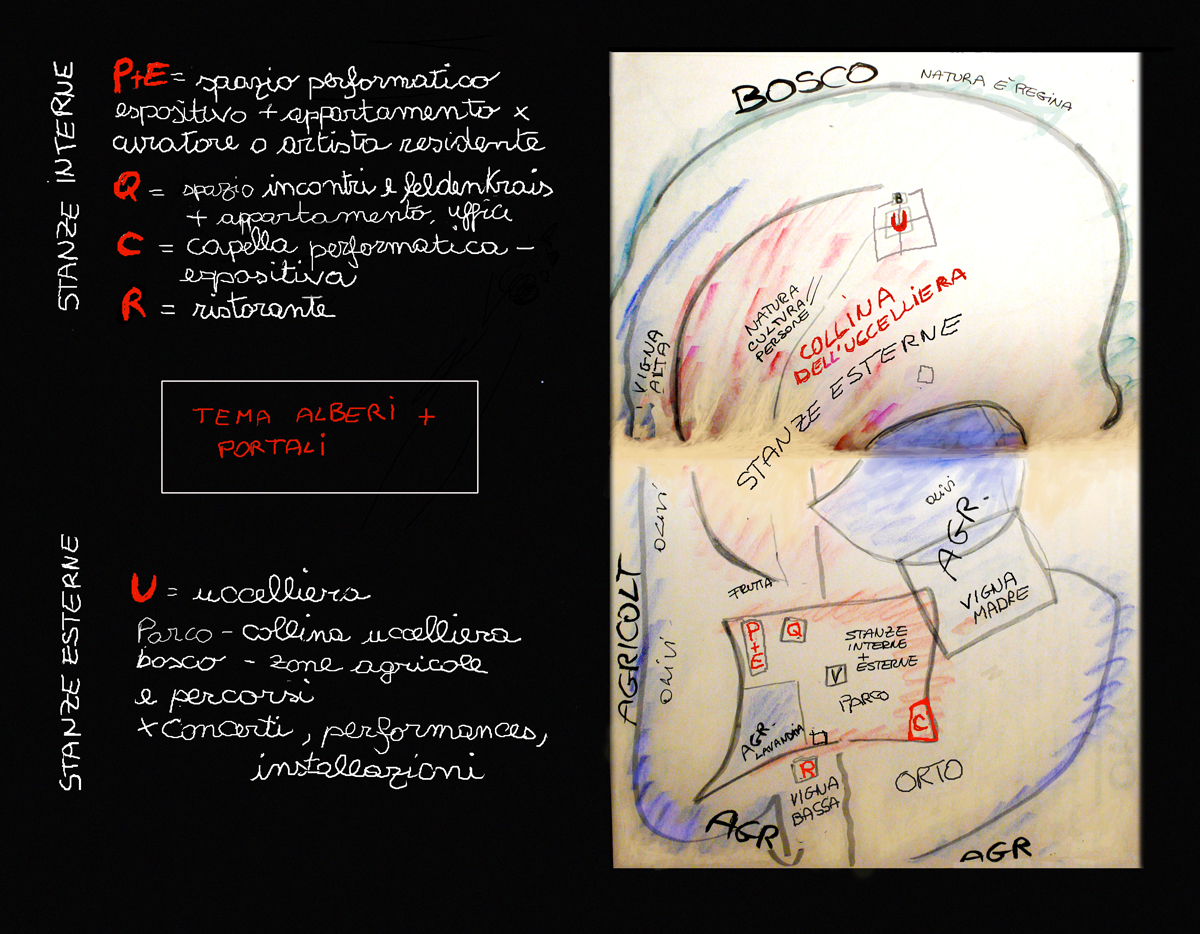