AN ITINERANT PERFORMANCE IN 4 STEPS
on the Collina dell’Uccellieria (Aviary Hill): L’Attesa (The Wait);
at the ash tree: La Perdita (The Loss)
in the abandoned vineyard: Il Cimitero della Memoria (The Graveyard of Memory, collective exhibition)
at the pond: Il Funerale del Tempo (The Funeral of Time)

Together with Tesorino perché hai perso? (Sweetheart, Why did you Lose?), Riflessi in Bianco e Nero (Reflections in Black and White) forms part of a trilogy in its creation phase, which confronts and becomes entangled in the themes of victory and defeat, and their relationship with time in all its different dynamics, in and out of reality. The phase "Riflessi in Bianco e nero" concentrates on losing, loss, the losers, time and memories. The itinerary is in 4 stages, following a descending path, each stage in a very different location.

The first stage, L'Attesa (The Wait), in the shade of the holm oaks in the collina dell'uccelliera (aviary hill), orchestrates in an image the themes of the performance.

The second stage, La Perdita (The Loss), takes place on a pyramid of terraces next to an enormous ash tree. 3 present but distant men, and 3 absent men. At the foot of the terraces 2 holes, 2 women confide their secrets to the bowels of the earth. Lose...End to own life, breath, time, memory, matter, people, feelings... We can only lose that which we have.

The third stage, Il Cimitero della Memoria (The Graveyard of Memory), will develop in the area of the old vineyard, amongst the remains of the concrete pillars. 9 artists have been invited to reflect and develop a subjective interpretation of memory using their own ephemeral memories, illusions, trampled empty spaces, libraries of forgotten fragments, private spaces, untended images, half-closed passageways, sounds which dissipate in time, or mental places that hover between the past and the present.

The forth stage, "Il Funerale del Tempo" (The Funeral of Time) - performed during the Settembre Dello Scompiglio programme - focuses on the dynamics of time. The concrete time binds us to a precisely defined linear journey from birth to death. The internal time, among memories that recall the past and desires which project us into the future, confuses us in the present. Like breathing, time is always there, anyway and always present.

The entire route is marked by music and sounds in the form of sound installations. 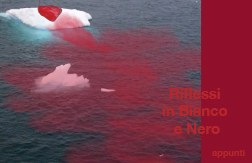 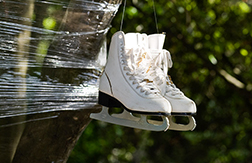