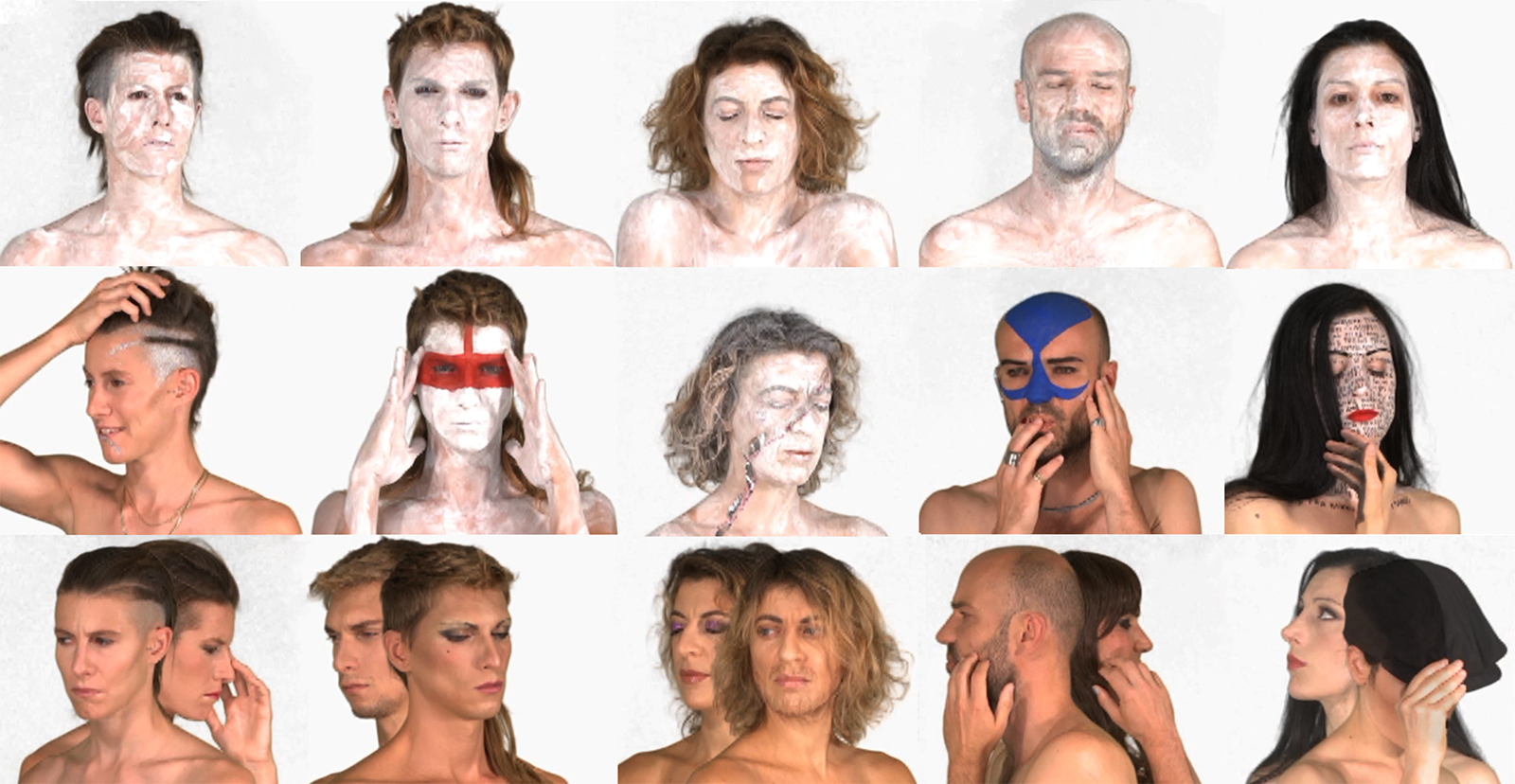 The video installation round midnight is an adaptation and development of one of the videos shown originally at the homonymous performance by the director and artist Cecilia Bertoni, presented by Compagnia Dello Scompiglio in 2016.

In the video we see the portraits of the 5 performers. At first, they appear to have just woken up, without filters or masks, still unconscious of the need to present themselves to the world. Subsequently, their features whitened, they emerge made-up according to the conventional representations of masculine and feminine, whereas at the end of the narrative, they themselves choose a make-up that neither obscures them nor merely renders them presentable, but which says more about who they truly are, beyond the dichotomy.
Within these transformations there are delays, structural modifications as regards the normal concepts of time in which it becomes difficult to define what one is and what one becomes.
The viewer participates in the images in an atmosphere that circumvents chronological time and makes them feel at ease, almost as if the world no longer observes them and there is no need to adopt the set role that responds to the expectations created about us.

The installation consists of a parallelepiped of 4,5m x 3m by 1,5 m hight coverd in red velvet, with hand embroydered pillow in various materials on which people can make themselves comfortable. The two projection walls are covered in synthetic leather with red embroydery.

We use cookies on our website. Some of them are essential for the operation of the site, while others help us to improve this site and the user experience (tracking cookies). You can decide for yourself whether you want to allow cookies or not. Please note that if you reject them, you may not be able to use all the functionalities of the site.