in collaboration with Carl G. Beukman 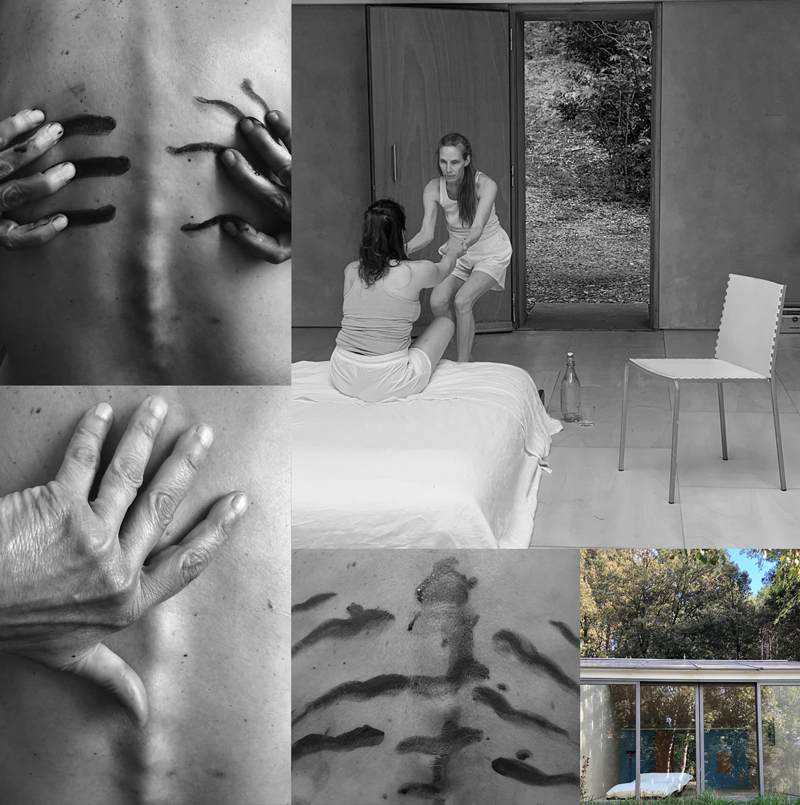 Spectators gather at the top of the Collina dell’Uccelliera (Aviary Hill), where two old restored huts and a large wooded terrace become the scenery for three acts that make up the promenade performance On the corner. Each act draws on the vast theme of death and dying.
The site-specific situation becomes support and inspiration to the dramaturgy.
The spectator is sometimes enveloped by the environment, sometimes directly involved in it. Or remains just a distant spectator.
The act at the Bamboo Hut tells of the period before death, in which the dying person often lives in two parallel worlds. In one, in a struggle for concrete survival, her/his needs are reduced to the minimum, shrinking the space around her/him. In the other world, this very same person begins to enter into an experience that is ever more immaterial and fluid. If the person believes in a life after death, gets used to a life without a body, without space and without time. Otherwise he/she simply gets used to nothingness. More and more, the person lives in a world that is difficult to communicate from and inaccessible to the living and for this reason solitude is experienced in its most complete expression.
The living can only watch, powerless.
The Shepherd’s Hut becomes a metaphor for home, understood as the body we inhabit. Sometimes the body is accommodating, it moves, it carries us in the world, it communicates, but it can also become inhospitable. Physical pain imprisons us, isolates us in an increasingly limited, unstable and lonely space, from which we would like to escape. Forever.
Between the two houses, in the shade of the trees, while the spectators take some refreshments, they will be invited to play a game. And as in all games, there is the arbitrariness of who wins and who loses.

This house is not
my home anymore.
I wish to sneak away,
To vanish in the mist,
Dreaming – dancing,
Sleeping. That long sleep.